With a MI Sports Coaching subscription you get access to world-class powerlifting coaches who have decades of experience coaching everyone from novices to experts. 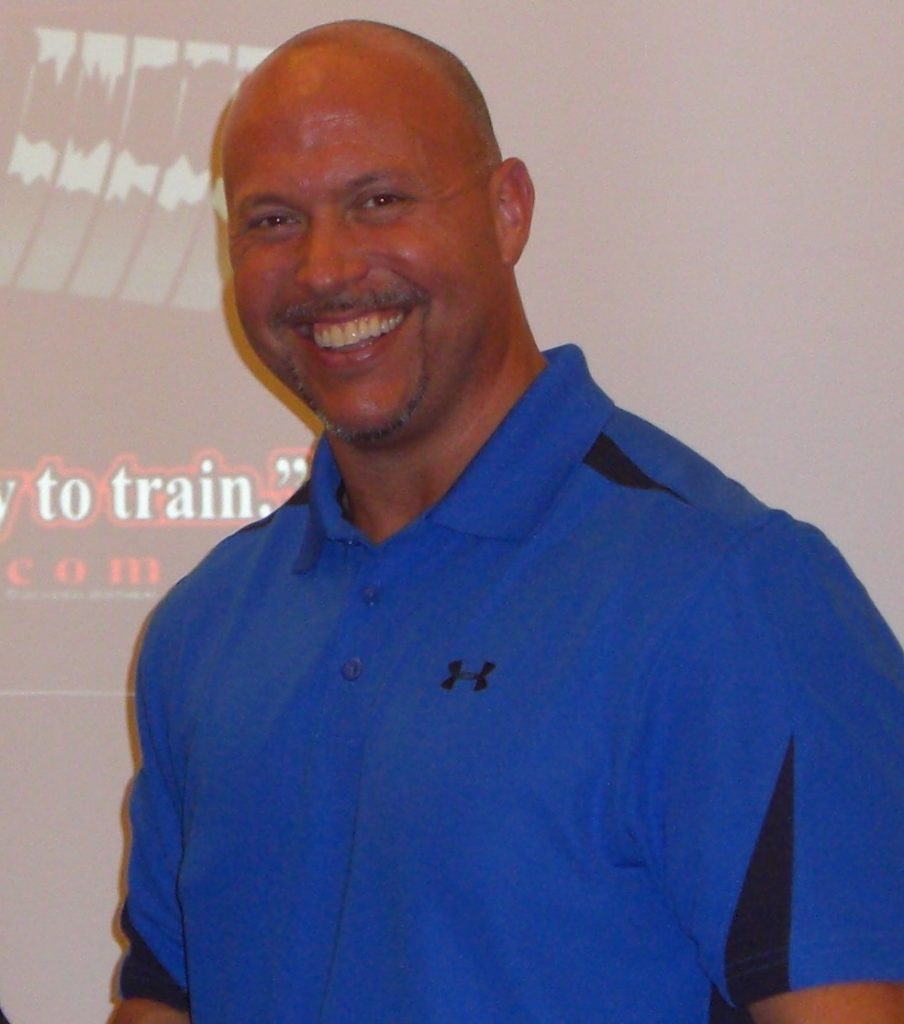 Matt graduated from the University of Maryland at College Park in 1994 with a Bachelor of Science degree in Kinesiological Sciences.  In 1995, he was recognized as a Certified Strength and Conditioning Specialist (CSCS) with the National Strength and Conditioning Association and was employed as the head strength and conditioning coach at DeMatha Catholic High School. He has completed internships with the University of Maryland strength staff as well as the Washington Redskins. From 1996 to the present, he has been employed full-time as a strength and conditioning coach working with athletes of all levels.  His primary area of expertise is powerlifting and he currently coaches lifters from novice to elite.

Matt and his wife, Suzanne “Sioux-z” Hartwig-Gary, established Supreme Sports Performance & Training, Inc. (SSPT) in 2008 to meet the needs of local athletes and serious trainees. SSPT grew into Washington, DC, and suburban Maryland’s premier strength training facility. It remained open until 2020 and then transitioned to Bozeman, MT in April 2021.

He is a USAPL Senior International Coach and has coached at the highest levels in powerlifting both as an assistant and head coach on a variety of USAPL Raw and Equipped National Teams since 2003. Matt was also the head coach of the USA Men’s Team at the 2009 World Games in Kaohsiung, Taiwan. In 2012, Matt was named the USAPL Coach of the Year and served as Coaching Education Director from 2012 – 2021.

Lastly, Matt routinely gives back to the sport as a USAPL National Referee and can often be seen serving at local and national-level meets around the country.
As a published author and gifted speaker, Matt enjoys the process of teaching through his articles, clinics, seminars, and daily training sessions. His attention to detail and emphasis on the pursuit of technical mastery are continually stressed. Accordingly, Matt’s mantra is, “The secret to success, in any endeavor, is consistency and hard work.”

Colin has been a career personal trainer since 2012. With a background in sports performance attained from the Canadian Center for Strength and Conditioning under Andre Benoit. In 2014 Colin preparations to compete in powerlifting. In January 2015 he won his first powerlifting meet, and his passion was ignited for the sport. He started a small but ever-growing team of enthusiastic athletes through his gym in Medicine Hat, Alberta. This team has sent a total of 9 different athletes to represent Canada at the 100% Raw Powerlifting World Championships. Many of whom have gone as sponsored athlete multiple times. In 2019 this culminated as having 7 of the team’s athlete’s podium at the World Championships.

During this time Colin has certified as a level 3 referee to judge the highest-level meets. Colin has also volunteered as the head coach of the Special Olympics Powerlifting team in Southern Alberta. Attended seminars with many of the greatest coaches in the sport.

His passion is helping novice athletes unlock their potential and develop into elite level athletes.

Brittany graduated from Canisius college with a Master’s degree in Strength and Conditioning in 2016. She has been working in the industry as a strength and conditioning coach, and personal trainer since 2010.

Brittany has been coaching powerlifting athletes through this time, and has built a team of athletes from 13 to 68 years old and is also certified Referee with USA Powerlifting, and just hosted her first powerlifting meet in 2022.

She believes strength is for everyone, and shoots to make getting stronger, and competing in powerlifting accessible to everybody.

Long found powerlifting when he started college after spending his highschool wrestling and playing football. After 6 months of training, he decided to compete in his first meet in the USPA federation. Realizing how much he loves the sport and wanting to better himself at it, he dedicated the next 8 years training and competing specifically for powerlifting.

He did his first Nationals Level meet in 2017 at the USPA drug tested Nationals and placed 2nd. Since then Long went on and broke a few records in the USPA federation including a state deadlift record with 727lbs deadlift at 198lbs body weight.

He has been coaching since 2018 and has coached over 50 athletes with multiple degrees of success. Long is a firm believer that you can achieve anything you put your mind to and he is always happy to be able to take the athlete to the fullest potential. 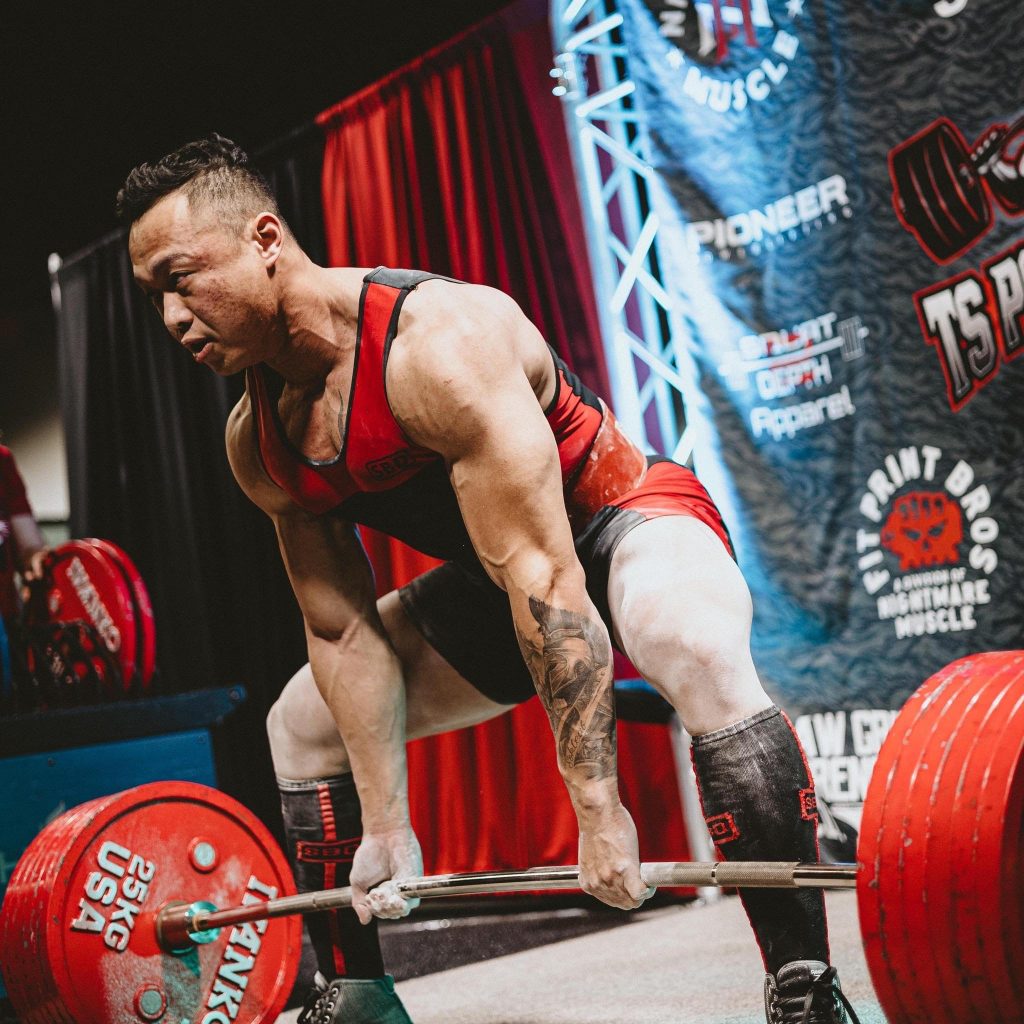 Take your training to the next level with a MI sports coach.